Check out these top local businesses 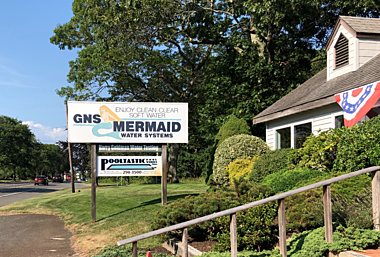 Originally known as GNS Contracting Corp., Mr. William Gremler and Mr. Cliff Saunders founded the company in 1974 in order to provide solutions to the growing number of water issues arising on the North Fork of Long Island. In 1996, current owner Mr. John Scaramucci purchased the business, which had expanded its service area to most of Suffolk County and some of Nassau County. GNS's name was changed to GNS/Mermaid Water Systems, with intentions to eventually phase out the “GNS” portion (GNS stands for 'Gremler and Saunders'). Today, Mermaid has increased the density of its coverage in Suffolk and Nassau and expanded even further, servicing clients in Brooklyn, Queens, and Manhattan. In addition to changing the culture of the company and adding many new faces, Scaramucci also developed a sound method of testing and personally certifying any equipment that was to be sold and installed. As a former carpenter and owner of Scaramucci Construction, John’s mantra is “measure twice, cut once.” He has applied this to all aspects of the company and his life, just ask any of his colleagues or his three sons, two of which are current GNS/Mermaid employees. [read more]